Arabica and Robusta: what’s the difference

The most popular type of coffee is arabica. However, it is often mixed with Robusta, which allows us to change the quality of the finished drink. These 2 types of coffee beans differ in taste, aroma, strength, price and a number of other criteria. How exactly? Find out in our review.

Appearance, composition and taste of seeds

One clear distinction between the two varieties is the shape of the bean. Arabica beans are elongated and quite large, darkening evenly after roasting. Robusta beans are rounded and finer in size. During the roasting process, they change color irregularly: some areas remain markedly lighter in color.

Simply put, the difference between Arabica and Robusta is that the former is sour, while the latter is stronger and slightly bitter. The aroma of both is pronounced. And arabica has a lot of varieties: 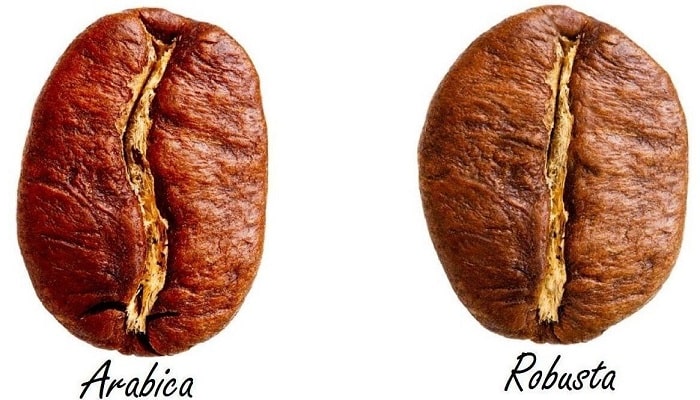 The difference in taste is due to its chemical composition. For example, Robusta is stronger than Arabica and has a high content of caffeine (3%), chlorogenic acid and tannins. That is why the beverage is very invigorating, but it is viscous and quite bitter. Its essential oils are low (8%), which explains its faint aroma and unforgettable aftertaste without richness of tones. The sugar content is also low (4-5%), which makes the taste sharp.

Arabica is different because it has less caffeine (1-1.5%), but has much more essential oils (18%). When roasted, they are released and envelope the beans in a film, exuding a rich aroma. Another difference between the two varieties is that arabica bean contains 8% sugar. It makes the beans darken evenly during roasting, and the taste of the beverage becomes deeper and more delicate – the sweetness softens the coffee’s bitterness.

Don’t miss: How Roasting Affects the Taste of Coffee

The basic difference between Robusta and Arabica coffee beans is the cultivation conditions. Arabica beans grow on evergreen trees, which can reach a height of 8-10 meters. However, they are not allowed to grow taller than 3 to 5 meters in order to be able to harvest the fruit. They are found in equatorial climates and do not differ from other varieties. The minimum altitude is from 800 m above sea level, although the most delicious and flavorful beans ripen at an altitude of 1500-2000 m.

Coffee trees are vulnerable, prone to disease, and sensitive to temperature changes. That is why they need favorable climate, its fluctuations disturb the fragile comfort zone and negatively influence the harvest. Vulnerability is due to the fact that the trees need cross-pollination. This causes rapid infestation and mutation.

Breeders managed to develop such varieties as Bourbon, Tipica, and Maragodzip. The difference is evident: the trees became more resistant to external factors, but the fruits retained their taste qualities. However, this was in the twentieth century. Now the efforts of breeders are focused on raising yields and minimizing risks. 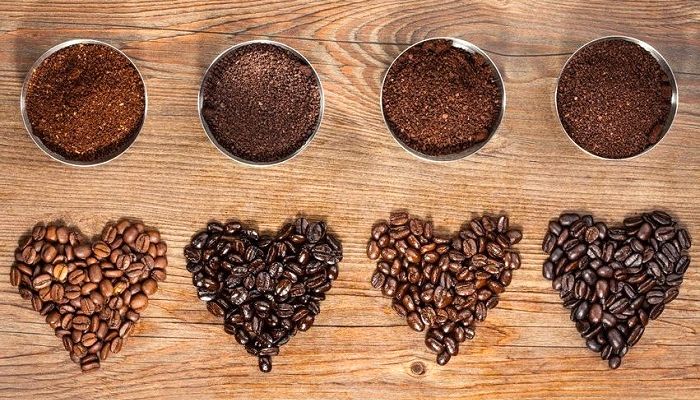 Robusta grows in the same regions as the more common variety. The difference is that in Colombia, Costa Rica and a number of other countries it is forbidden to cultivate it because of the risk of species interbreeding. Unlike its capricious counterparts, these trees are unpretentious.

Read also: Which country produces the most coffee

The name itself means “strong”. This coffee easily tolerates fluctuations in temperature and humidity, excellent yields are observed in lowlands and valleys which are not suitable for the cultivation of capricious Arabica. In contrast, Robusta is not susceptible to rust. This resistance is due to self-pollination.

Arabica is about 2 times more expensive than Robusta, but the difference in price can be greater, because the cost of growing 1 kilogram of such beans is much higher. It is not surprising that farmers are increasingly cultivating hybrid varieties. They are unpretentious, so they can increase yields and profits.

70% of the entire world market is occupied by Arabica, and 30% by Robusta. This difference is explained among other things by the significant differences in the use of these varieties:

In addition, hybrids based on Robusta are created. Their main difference is the improved taste qualities. Those who prefer a stronger coffee use such hybrids to make a standalone drink without mixing it with other coffee beans.

To summarize, let’s present all the differences between Robusta and Arabica in a table format:

It is believed that Arabica is better than Robusta because it has a richer flavor palette, aroma and composition. However, breeders are tirelessly experimenting and improving varietal qualities. In addition, you have to take into account the differences in taste of all people.