Can I mix coffee with alcohol?

Caffeine and alcohol are considered harmful and even dangerous substances if consumed regularly and in uncontrolled amounts. However, there is often information online that parodies the mathematical rule of “minus for minus gives plus”. It has been scientifically proven that the negative effects of drinks when mixed do not evaporate anywhere – on the contrary, they are squared.

The emergence of the strange tandem

The classic recipe for coffee with alcohol is called the Irish cocktail – there’s an interesting legend associated with its creation. Mention of the drink dates back to the middle of the last century, and the authorship is attributed to bartender Joe Sheridan. The man worked at an airport near the Atlantic coast of Ireland, where flights from the United States regularly arrived. The story is told in two versions.

According to the first source, the bartender came up with an original tandem to greet travelers. The drink is based on a traditional Irish tea recipe with alcohol. Another legend says that the Americans’ flight was delayed and Joe helped them warm up with coffee and whiskey. 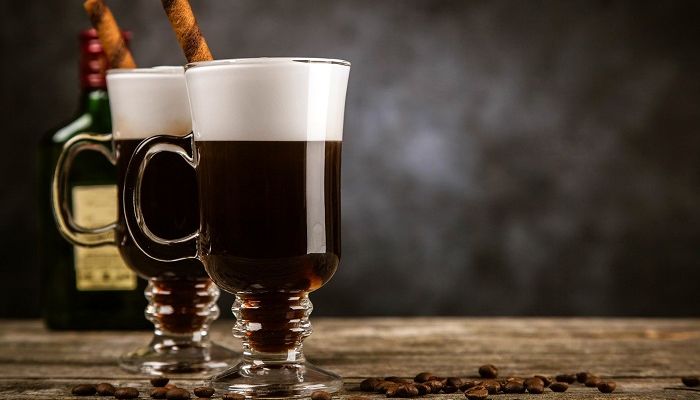 Among the passengers was a journalist from San Francisco who, on his return home, told a bartender he knew about the drink. The Irish recipe has gained popularity not only in America, but on other continents as well, although it has been significantly modified since then. To espresso, sugar and whiskey are added whipped cream, and in some bars they experiment with different kinds of alcohol.

The influence of the drink on the body

Coffee is the strongest natural stimulant that boosts mood, improves concentration and helps fight fatigue. Alcohol suppresses the nervous system, so a cocktail of incompatible components with the opposite effect is harmful.

The danger of combining coffee and alcohol is the formation of inadequate reactions. There is an opinion that an invigorating drink helps to sober up, but this is not true. Espresso creates the illusion of alertness, but reactions remain stunted.

While under the influence of alcohol a person may relax and fall asleep, the short-term “lucidity of mind” allows one to get behind the wheel. A drunk person is sure that nothing terrible will happen, and this postulate becomes the reason of many accidents. 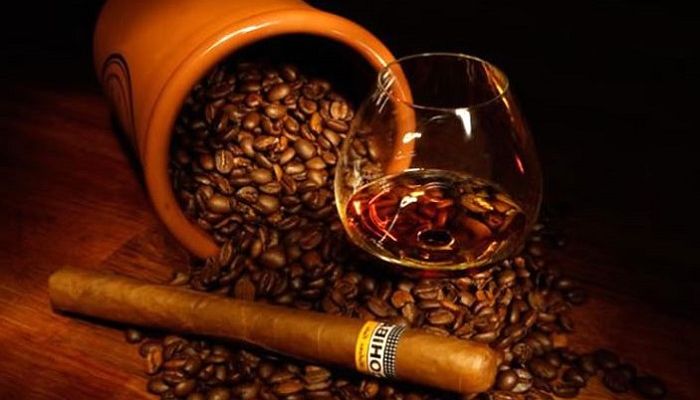 Coffee really does refresh you, but the effect lasts no longer than 20 minutes. During this time it is difficult for a person to adequately assess the degree of intoxication, consciousness is confused, dexterity is no more than another illusion.

Both drinks severely dehydrate the body. “Explosive” mixture deprives the internal systems of precious fluid in a matter of hours – hence the worst hangover. In order not to do irreparable damage to the body, the ratio of alcohol to coffee should not exceed 20:100. However, even the allowed proportions should not be abused.

Doctors do not recommend that espresso be considered a hangover remedy. An alcohol-weary body needs clean water to help flush out toxins and restore balance. Espresso will aggravate the cardiovascular system, provoking dangerous arrhythmias and increasing strain on the kidneys.


The myth that coffee helps with a hangover is based on short-term effects. Specialists advise resorting to the help of an invigorating drink at the final stage of detoxification. The benefit of the active substance is manifested in the stimulation of tone and awakening of brain activity.

It is categorically forbidden to drink coffee after an alcoholic outpouring for people with heart or nervous system diseases.

Coffee and alcohol – before or after

During a feast, toxicologists recommend choosing one thing – you can not mix alcoholic beverages and caffeine. Alcohol is quickly absorbed into the bloodstream, and espresso will aggravate the condition of the body.

Natural beans do contain substances that speed up the processing of alcohol. But for a beneficial effect, coffee should be drunk 20-30 minutes before the first toast. It is desirable to give preference to a recipe with the addition of milk – proteins will serve as reliable protection of the gastric mucosa from the aggressive attack of alcohol.

Drinking coffee after vodka or alternating between the two is by no means a good idea. The load on the liver and excretory system will be overwhelming even for a strong and absolutely healthy body. There is a feeling of anxiety, nervousness, the heart rhythm becomes more frequent, the risk of hypertension increases.

As a preventive measure against intoxication it is recommended to treat yourself to a portion of a refreshing drink with milk or a slice of nonfat cheese before the feast.

If you can’t, but really want to

Discussions on the question of whether it is possible to mix coffee and alcohol, lead more than half a century. Despite the obvious harm of the tandem, there are its fans and those gourmands who decide at least once to try an unusual combination. It is important to observe the specified proportions in order to maintain health.

To prepare the classic recipe will need:

The cocktail is ready in a minute:

Do not stir when ready.

The recipe is as concise as possible:

For the preparation of drinks, take freshly ground beans.

Scientists have come to the disappointing conclusion that alcohol and coffee are incompatible. The tandem can cause irreparable harm to the body, so it is desirable to refuse even the occasional use of a mixed drink.