All you need to know about caffeine

Coffee is loved for its invigorating effect, which it owes to caffeine. But some people are afraid to drink it often because of possible health problems. If you know the truth about caffeine and take it in moderation, you don’t have to worry about harming your body.

Where is the substance contained?

The maximum concentration of this natural alkaloid is found in coffee beans. Caffeine is also found in other plants: tea, cocoa, holly, coca and guarana. Man, noticing the effects of certain fruits or leaves on the central nervous system, has learned to prepare a drink from them. The tonic effect of different decoctions and infusions can be strong or mild, depending on the level of the alkaloid.

A cup of coffee contains 50 to 200 mg of caffeine. This wide variation in the figures is due to the type of product. Natural beans have the most active substance, so freshly brewed coffee should not be consumed in the afternoon. And the noble Arabica, having a richer flavor and rich aroma, is almost twice as much inferior to Robusta in caffeine content: 100 mg vs. 210 mg in a 200 g serving. The finer the grind, the higher the concentration of the substance.

The instant variant is less strong: a cup of instant coffee has 50 mg of caffeine (per 200 ml). However, you should not give preference to granulated or freeze-dried products because along with caffeine, natural coffee beans contain minerals, which soluble coffee does not.

Decaff (decaffeinated coffee) is available both in natural and soluble form. About 3% of the substance still remains in the product. The taste suffers only slightly if it is gently decaffeinated.

Caffeine in tea leaves was discovered in 1827. At first it was called theine, but 10 years later it was proven to be the same substance. It is possible to encounter both names.

It is impossible to answer unequivocally whether caffeine is higher in tea or coffee. The concentration of theine in tea strongly depends on the variety, the place of growth, the method of processing raw materials and preparation of the beverage: in black tea it is a little more than in green tea (60-80 mg and 30-60 mg per cup, respectively). The hotter the water and the longer the contact of tea leaves with it, the more active substance is released. It is not recommended to brew for longer than 5 minutes.

The theine has a slightly weaker effect, but the stimulating effect is longer.

Need to know: Can I drink coffee after taking pills

The concentration of the plant alkaloid mateine in yerba mate tea, which is derived from the leaves and shoots of the holly of Paraguay, is 1.8%. But the drink is not brewed in a concentrated form, so it has a mild tonic effect. Moreover, yerba mate is not only invigorating, but also, oddly enough, improves the quality of sleep. 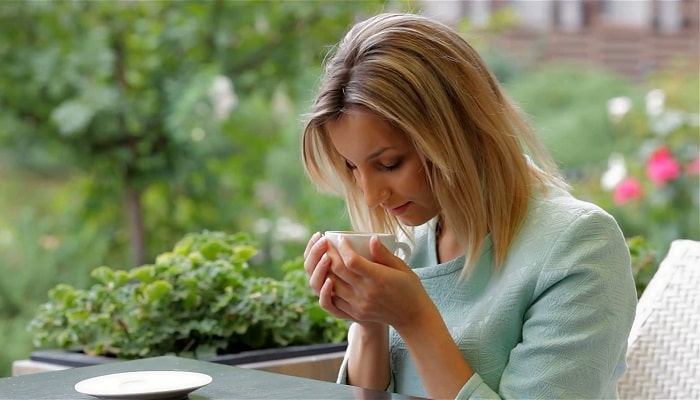 The beverage popular around the world, Coca-Cola, also contains caffeine. It is also added to energy drinks in large concentrations equivalent to those found in espresso. Its regular consumption may lead to sleep disturbance. Caffeine-alcoholic cocktails are particularly dangerous.

Effects on the body

In small quantities, the substance has a stimulating effect on the body. First of all, the cardiovascular system reacts: heart rate increases and blood pressure rises. This is why hypotensive people start their morning with a cup of coffee, while hypertensive people should not drink this drink. Then a burst of dopamine contributes to the improvement of mood. After the heart, the CNS reacts to the substance: brain activity improves and physical performance increases.

Don’t miss: How does coffee affect the human body

The nature of the effects on the body depends largely on the individual peculiarities of the nervous organization of the person. Interaction with certain medications is possible, so for the duration of treatment it is sometimes necessary to give up coffee and tea.

In women, the excretion process is a little slower, and in smokers faster. 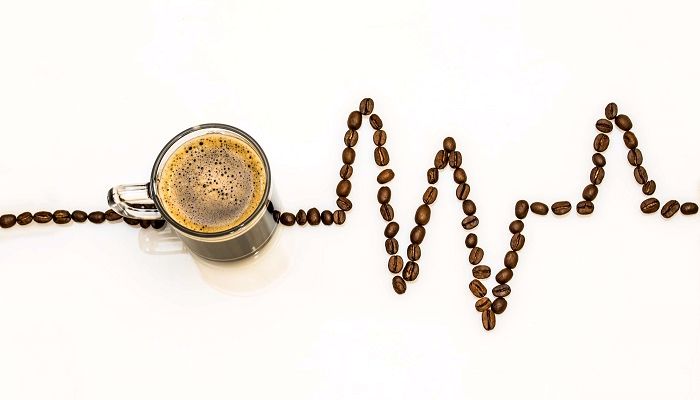 With regular long-term use there is a weak attachment to coffee or tea: without a cup of your favorite drink it is difficult to wake up and gather strength. Caffeine is a drug from the medical point of view, but because of its small concentration in the products there is no prohibition on the use of tea and coffee. On energy drinks with a concentration of the substance more than 150 mg / l should be mentioned the possible health hazards and the ban on children and pregnant women.

A daily dose of 300 mg (600 ml of strong natural arabica coffee) can cause worsening of health: tremors, anxiety, headache, tachycardia, nausea and other symptoms. The concentration of the substance in other beverages, especially green tea, is such that an overdose is unlikely, requiring more than a liter at a time.

A dose of 150 mg per kilogram of body weight is fatal.

Coffee and tea have become commonplace products. So that they bring only positive emotions and do not harm your health, you need to remember a few rules: