Coffee and pepper – how a little trick has become a tradition

Coffee has been known to people for more than a millennium. The Arabs began to add spices to the drink. It was in the East that enterprising merchants guessed to roast stale coffee beans together with peppers in order to return them to their lost aroma. Perhaps this is how the custom of brewing a strong, invigorating beverage with a spicy spice was born.

The deepest flavor comes from the allspice and black pepper. Pink spice is aromatic, but without the bitterness. They are a good place to start your coffee experiments. But spicy lovers and seasoned coffee drinkers can try a spicier Brazilian coffee with a touch of chili. 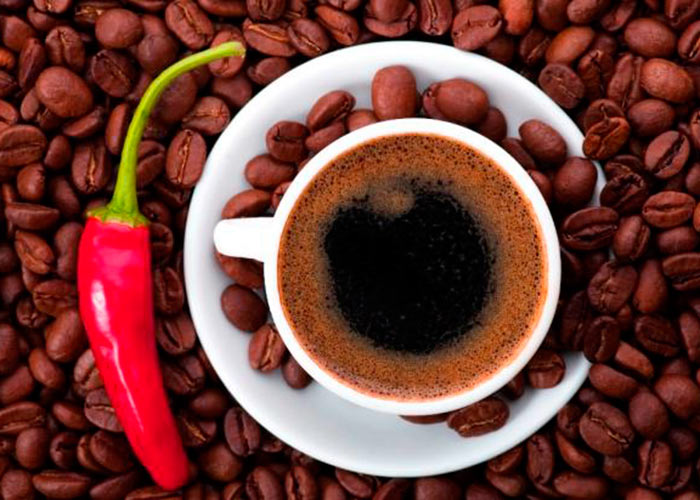 Impact on the body

In addition to the original taste and aroma, the unusual combination has beneficial properties:

The benefit of coffee with pepper is also in its warming effect. It has a restorative effect, boosting the immune system and reducing susceptibility to many diseases. This is especially important in cold weather, with colds.

To make it, you will need a copper jug, freshly ground coffee beans, good quality cold water, and the spice itself.

The basic recipe for coffee with black pepper is designed for 0.5 liters of water, 4 tsp. ground coffee and 1.5 grams of ground spice. Prepare the drink according to the following algorithm:

In the East, cinnamon and cardamom have been added to coffee for centuries. Black pepper adds spice to the drink, and vanilla complements its sweet notes. The recipe is simple: 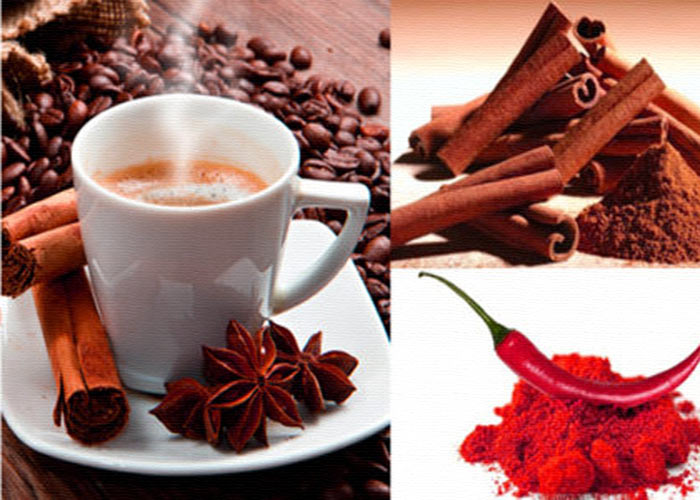 This is actually the name of a volcano. The drink got it because of its spiciness. This coffee is made with chili peppers. The algorithm is as follows:

Add the chili pepper to taste. One cup is enough for a small circle of the pod – the drink will acquire the necessary spiciness. Those who are not afraid of spicy sensations, you can safely increase the amount of pepper.

Instead of the chili pod, you can take ground red spice, but it must be of high quality. One serving is enough spice on the tip of a knife. 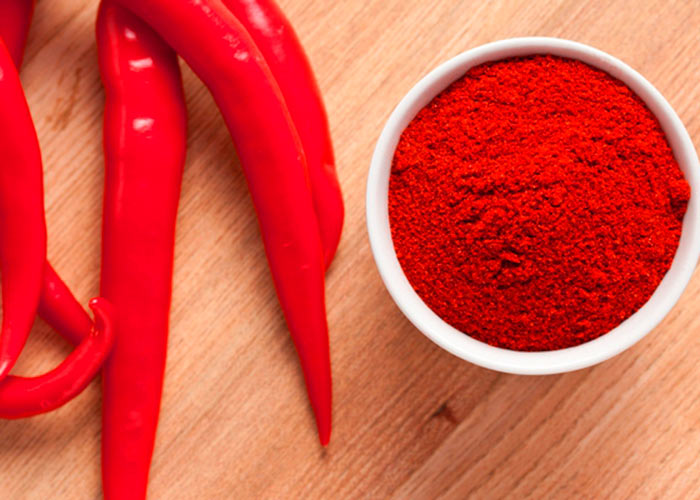 You can get this effect by making coffee with chili peppers. Increase the aroma of the drink will help cinnamon, but this addition is not necessary. You can replace it with cloves, which will make your coffee even more tangy. Act in the following order:

Cinnamon or cloves are added together with pepper. Cinnamon is taken at the tip of a knife, one clove bud is enough.

Other spices can also be used. Nutmeg will give you an original flavor, and ginger is good for strengthening the immune system. Badjanum calms the nervous system and helps with coughs.