Inexperienced coffee drinkers are pondering what coffee would taste like if ice cream were added instead of the usual milk or cream. After all, it is also, to some extent, milk. Perhaps the next news will make you happy – such a drink has already been created, and for a very long time.

The dessert, which is coffee with ice cream, is called… surprisingly, there is still a heated debate about it. There are several spellings in Russian – “glasse,” “glasse,” “coffee glasse,” and “coffee glasse.” Some argue that the latter variant is truly literate, while others argue against it. In the end, most linguists agree that any variation of the name is correct. However, from this, glas(c)e still remains unchanged from the late 19th century or early 20th.

Strange as it may seem, the history of the drink’s origin is also shrouded in mystery and is based only on speculation. Some people consider its origin to be France and some people consider it to be Austria. However, the French word “glacé” translates as “icy, frozen,” so most people are inclined toward the first version. The second version’s supporters indignantly prove that the drink was created in Austria, where it was not very popular, but was later appreciated by the French.

By the way, the stress in “glasse” falls on the last syllable, in the French manner. The circumstances of its creation remain a mystery too, but a popular legend on the Internet tells of an ingenious cook who had no milk at hand and instead added ice cream to macchiato for a hurried visitor who was delighted with the resulting drink.

Features and differences of glasse

Sometimes cafe-goers have a question: what’s the difference between a glasse and a latte? The taste, in their opinion, is the same. Probably, real gourmets will refute them, but there is no point to argue because any barista will confirm that the drinks are absolutely different.

The composition of a glasse is strong coffee and some ice cream. A latte has the same base, but with the addition of whipped milk, which partially rises above the glass as a beautiful frothy slide, but mostly dilutes the bright taste of black coffee. In addition, it is served hot, and in the first case, the presence of ice cream speaks for itself.

By the way, the caloric value of coffee glasse and latte is also different – 138 and 104 kcal respectively. This figure is achieved at the expense of the carbohydrates contained in the ice cream (the ratio of FU is 14:14:72 against 24:27:49 for a latte).

For a classic Glasse you need only two ingredients: coffee and ice cream, 3:1. You don’t need anything else, you just have to follow the technology and the proportions. So, to make a couple of cups of glasse, you need: 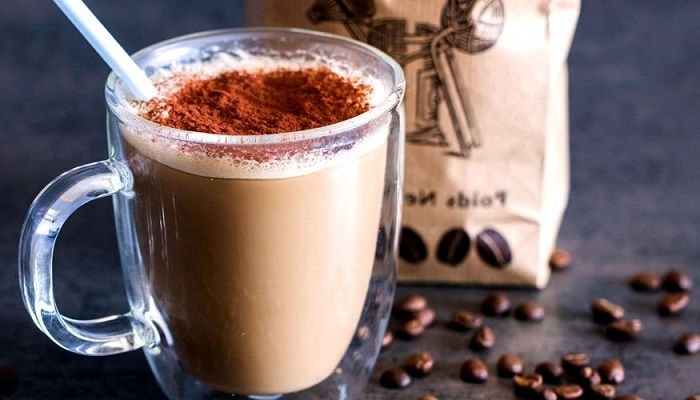 You need to take into account several features of preparation, which will further affect the result:

, take it from a pack that has been open for no longer than a couple of weeks.

Of course, milk ice cream is also allowed, but the result may disappoint you.

So, to properly make coffee glasse with ice cream at home, you must:

Other recipes for making glasse

Of course, you can experiment with the classic version:

– in this case, first add ice cream to the glass, and then pour the liquid in a thin stream so that the cold treat rises (this is the simplest recipe for coffee with ice cream at home without a coffee machine);

cubes to the coffee.

Glasse is served in a special dish – an elongated and widened upward dessert glass. If you want you can improve the taste by adding a pinch of cocoa, a little sugar or a spoon of honey to the drink. Since coffee with ice cream is already a dessert, it is unlikely that anything else would be appropriate (cakes, pastries, etc.)

Now you know how to make glasse properly. Now’s the time to practice and make yourself a delicious drink!