Flat White – the tasty result of a successful experiment

Popular coffee drinks sometimes appear as a result of culinary experimentation. And they are quickly gaining international fame and renown for their unusual taste.

The original drink from New Zealand

Flat white coffee has received worldwide love and recognition. The homeland of this drink was New Zealand. A country famous for its lush green pastures and delicious fatty milk, which became the main highlight of the new beverage.

A coffee bean roaster, who in the 1980s part-time worked as a barista at an Auckland coffee shop, was an inquisitive guy. He began mixing the ingredients he had on hand, varying their proportions, degrees of processing, and temperature. One of the variations satisfied him. The drink was called Flat White. The ideal ratio of coffee to milk was found – about 1:2.


Unlike a cappuccino, on the surface of which the whipped milk is arranged in a cone-shaped slide, the Flat White coffee is covered in a thin layer of milk (about 0.5 cm). The flat shape of the milk foam determined the name of the popular coffee drink – literally “flat white”. It is now made in most coffee shops in America and Europe, and in England, the cocktail is a must on the menu. 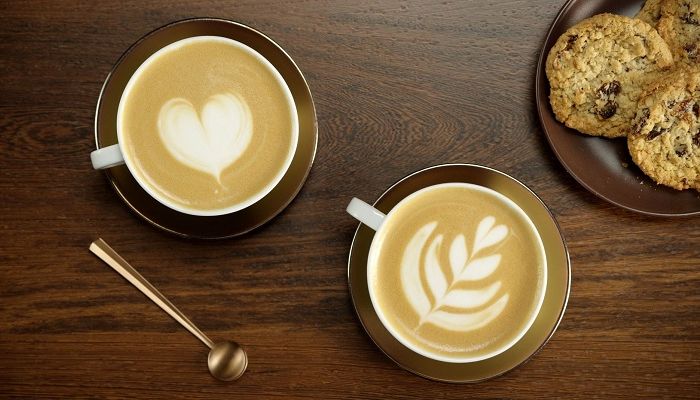 Flute White is served in wide 200-250 ml cups. It is usually accompanied by sweets – tiramisu, muffins, macaroons, and panacotta. Milk whipped into a strong and steady foam forms a perfectly flat white plane on the surface of the cup.

In his original recipe, the New Zealand craftsman mixed five kinds of coffee beans of the arabica variety. Now the cocktail is made on the basis of espresso (double portion).

The difference of Flat White, as compared to lattes and cappuccinos, is a higher coffee content. This allows you to use it in the morning to create an active business mood and to tone the body. But compared to a macchiato 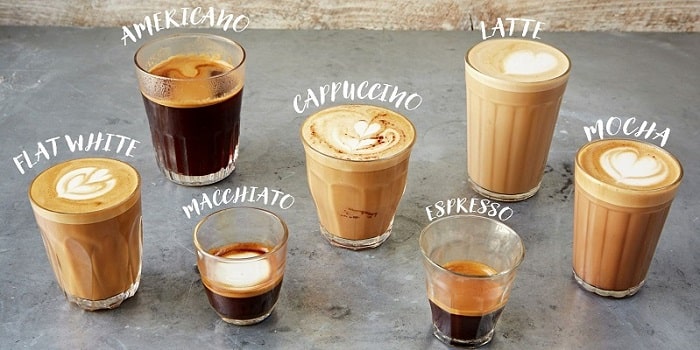 Composition of the drink

The process of making Flat White with a coffee machine takes a few minutes. But even without it, you can treat yourself to this delicious and invigorating drink.

Sugar is added to taste and stirred well until the crema.

Secrets of making a delicious cocktail

To prepare Flat White at home, you need to heat the milk to a temperature of +60-65 Cº. Cappuccinator, mixer, blender or French press are all ways to create a frothy froth. The heated milk is whipped for 3 to 4 minutes until it doubles in volume.

You can use a whisk and whip the milk in a wide and tall vessel. The hot milk foam is poured with a tablespoon in a thin layer on the coffee (ideally it should be level with the edge of the cup). If you prepare the cocktail in a glass glass, you can see that some of the milk has mixed with the coffee, forming a brown layer.

It is important to take small breaks while whipping the milk. This will help to avoid the formation of large bubbles, and the structure of the foam will be dense and homogeneous.

Coffee beans for making Flat White should be medium grind. If you take them in a pinch, you will feel fine sand or “extra” salt in the palm of your hand. Unlike a regular espresso, which is made with heavily roasted beans, you’ll need medium-roasted beans for a smoothie. The shorter the time between roasting the beans and brewing the coffee, the more aromatic and full-bodied the cocktail will be.

The perfection of a favorite cocktail continues. Baristas experiment with the coarseness of the grind, which results in a more watery or slightly bitter espresso. Some even split the standard flute white milk into two parts: one of which is simply heated and poured into the coffee, while the other is whipped into a froth.