How to learn how to draw on coffee

The basics of coffee art

Drawings in various techniques are executed on a coffee drink with dense milk foam – cappuccino. Less common are espressos and lattes. A contrasting image is created by the fact that the white foam does not occupy the entire surface of the cup. This is achieved by pouring the whipped milk unevenly or by raising the dark coffee on top. 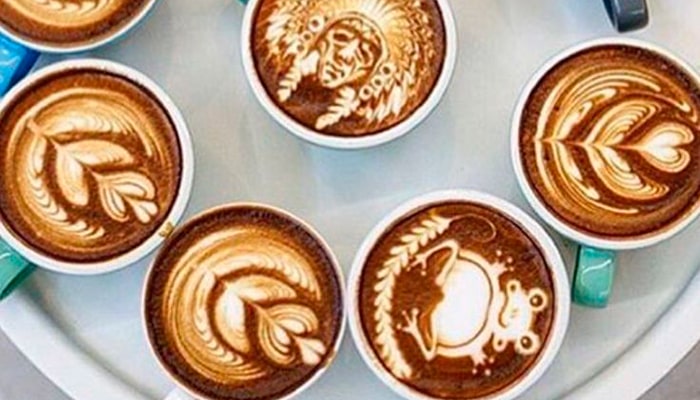 The color of the drawing will be richer if you sprinkle the surface of the espresso with cocoa powder, and then pour the milk. To draw on the milk foam, depending on the chosen technique, you will need:

You can buy all the necessary accessories at stores that specialize in coffee, coffee makers, and coffee machines. The milk must be whipped with the cappuccinator directly in the milk pot so as not to overfill the hot foam.

There are several ways to decorate coffee. Some techniques are within anyone’s power, while others have to be mastered over a long period of practice. The easiest way to paint on cappuccino is not to mix layers, but simply on top of the drink.


Stenciling. Using a stencil and sprinkles, even a beginner can draw on coffee at home. The stencil kits include pictures of different themes, patterns and inscriptions. You need to hold the stencil over the finished drink and sprinkle cocoa or cinnamon into the slots through a strainer. Sometimes grated chocolate is also used. 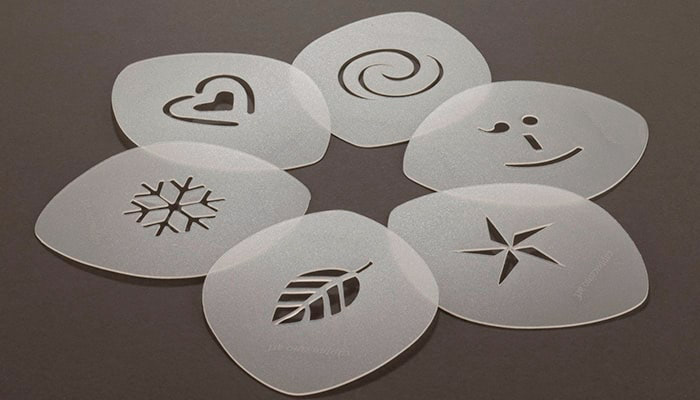 Cappuccino stencils can be bought or made yourself. To do this, a circle slightly larger than the diameter of the coffee cup is cut out of heavy cardboard. Then make an inscription or an image from the individual elements, and then cut them out with a stationery knife. The thinner the cuts, the more beautiful the image will be.

On a dense foam pattern holds up to 10 minutes.

Engraving. It is usually combined with other, more complicated techniques. It is drawn with a confectionary syringe with syrups (toppings). The most intricate figures can be drawn with a thin line. The tip of the syringe must be held very close to the surface of the cappuccino to prevent the drawing from sinking.

Choosing syrup, you need to be guided not only by its taste, but also by the color. It is better to draw the darkest – chocolate and caramel. The original will look cherry topping, which also goes well with coffee. 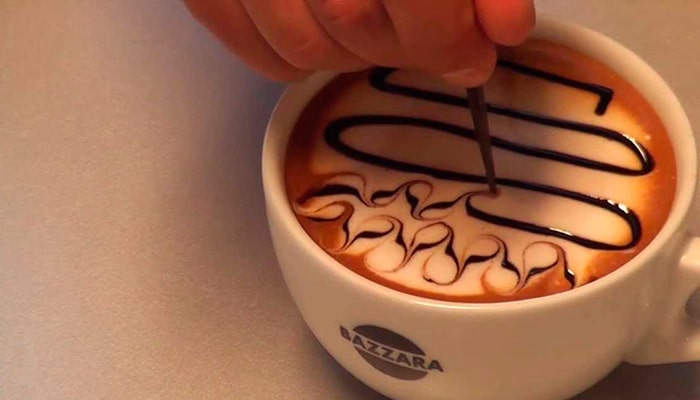 Making drawings with topping on coffee or cappuccino at home is easy if you have a cappuccinator that whips up a dense milk foam. But if you don’t have a coffee maker with this feature, you can still learn how to draw with stencils and syrups. The image holds up well on coffee glaze, the top layer of which is ice cream.


Pitching. In pitching, milk is whipped and heated with a cappuccinator, and then the foam is poured over the coffee, creating a picture.

Pitching starts in the center. It is necessary to carefully pour the foam so that it sinks to the bottom. When a white spot appears on the surface, you can start. Raising and lowering the spout of the milkman, making the stream thinner and thicker, tilting the cup, you can achieve the appearance of various figures from the foam.

Etching. By dipping a thin, pointed chopstick (toothpick) into the cappuccino, the barista makes the espresso come to the surface. This creates dark patterns on a white background. The toothpick should be wiped off after each dip for a clear picture.

3D. Three-dimensional images made of milk foam are the calling card of coffee art masters. The persistence of the image depends on the complexity of the figure and the density of the foam.

The basic elements of the pitching technique

To understand how whipped milk behaves and how the milk jug is used to draw on coffee, you need to master a few simple figures. You can then learn to make more complex drawings based on them.

Uncomplicated in execution, the element is invariably popular in coffee houses. You need to pour the milk in the center of the cup to form a circle. Cross the white spot in a thin stream, raising the milk container higher. A depression will appear at the top and a pointed tip at the bottom. 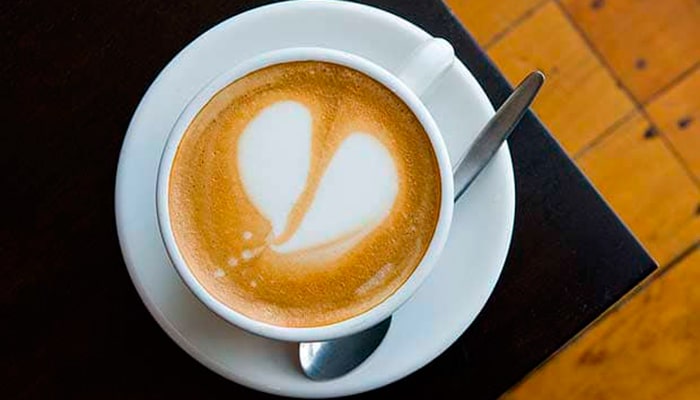 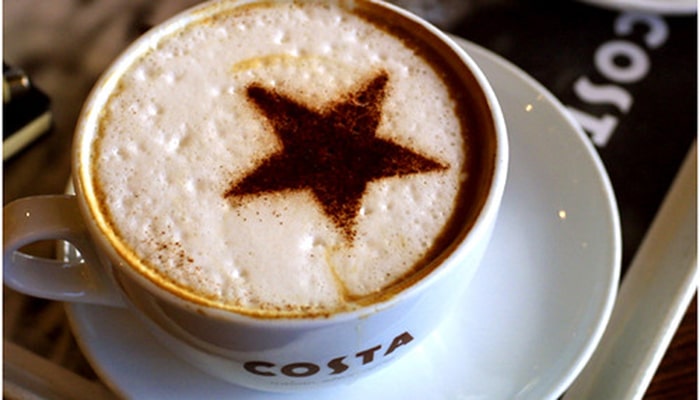 This figure looks like a leaf or a flower. A cup of espresso is held at a slight angle. Milk foam is poured by making semicircular lines one above the other with the pitcher, gradually reducing their length. Then, in a downward motion, the lines should be crossed out, drawing a stem. The lines will curve slightly, pulling down. 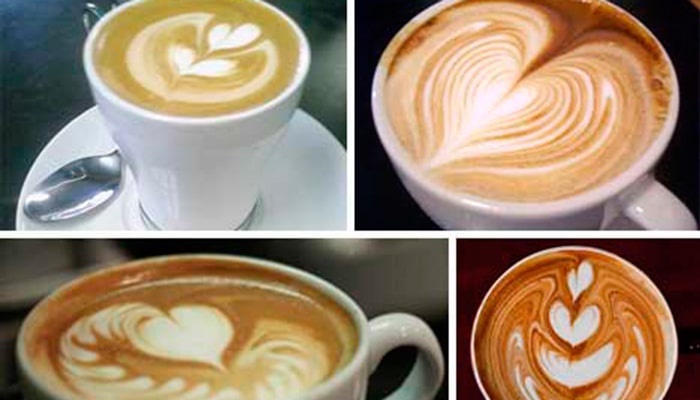 Everyone can create latte art on cappuccino coffee foam. Stenciling or engraving is easy to learn, and true coffee art artists hone their skills endlessly.