Coffee is a drink that many people appreciate precisely for its bitter taste. Bright, invigorating, making even those who haven’t slept all night open their eyes in the morning… But not everyone likes this peculiarity. It’s precisely people like you who find coffee the way Viennese coffee does.

By the end of the 17th century, coffee had already spread from Asia and Africa all over Europe. The nobles drank it, trying hard to keep a face (it was not for nothing that they paid a lot of money to have the beans delivered – now you have to hobble and enjoy… well, pretend to enjoy it). Coffee was unreasonably fashionable, like high hairpieces on the heads of ladies – uncomfortable (unpalatable), but everyone wears (drink) it, so we should too.

The only sphere in which the drink was appreciated was medicine, as doctors quickly noticed that coffee could also be beneficial (for the patient’s body, not for the doctor’s wallet… although that too). Anyway, the technology of making coffee the Viennese way had not yet occurred to anyone until 1683.


So Vienna. At this time it was being besieged by Turkish troops. The situation was so dire that the city authorities were already thinking about capitulation. And then a certain Pole named Yuri Franz Kulchitsky appeared on the scene. By stealth he managed to get through the Turkish barrier, ask for help from the Allied government and bring back to Vienna a letter from Charles V with the promise of help.

The city’s authorities cheered up and changed their minds about surrendering him. And then – the Battle of Vienna and… a crushing defeat of the Turks. In honor of the victory, Kulchitsky was given the right to choose any of the trophies. To the astonishment of his entourage, the enterprising Pole took 300 sacks with coffee beans.

Kulczycki began to make “standard” coffee and distribute it through the streets of the city. But the common people of Vienna (not nobles trying to keep up with fashions) turned their noses up at it. Mostly because of the taste, but there were also those who didn’t want to touch the “swill of the enemy. That’s when Kulchitsky began thinking of ways to reduce the bitterness of the drink and attract Austria to it. He added different spices to it, got disappointed, tried it again… and after a while he found the “secret formula”. 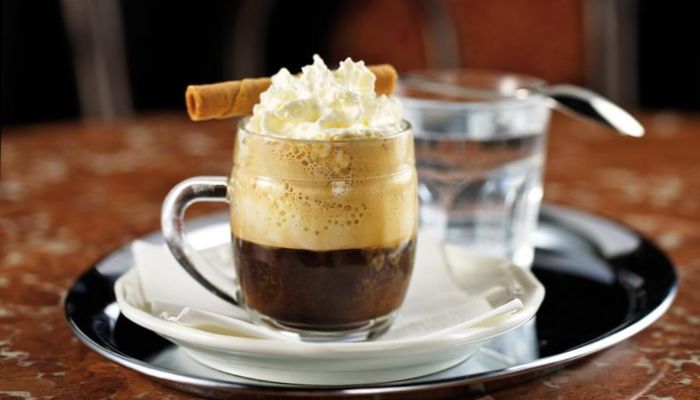 A little milk to coffee with sugar – and the people of Vienna themselves reached for it. By the way, the modern name of this recipe with the addition of cream is “Vienna Melange” coffee. In short, with the proceeds from sales, Kulchitsky opened his first coffee shop, and the drink’s popularity finally became well-deserved and genuine in Europe.


How to make a proper Viennese coffee

Time passed, the skill of making the drink was honed, the routines changed. The first recipe was not lost, but lovers preferred to change it in a new way and make their brainchild the standard. So, those who want to repeat the classic recipe of coffee in Viennese for themselves and for a comrade, you need:

Pay attention to the nuances of preparation to get the expected result afterwards:

. The flavor saturation and intensity of flavor should be maximum, and the bitterness should be minimal. 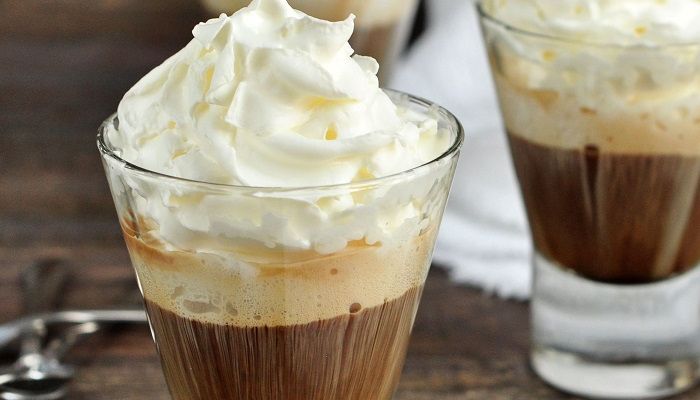 So, to reproduce a real recipe for Wien coffee at home, you must:

(or in a turkey, if you do not have such a machine).

The classic version seems imperfect to many, and there is nothing wrong with that. In addition to the Mélange, you can, deviating from the traditional recipe, do the following:

and use it to add to the cream;

According to the rules of etiquette, Viennese coffee is served in wide tea cups, not in elongated coffee cups. As a dessert, it goes well with crumbly shortbread cookies.

That’s all the connoisseurs need to know about this drink. Enjoy tasting it!