Which countries drink the most coffee?

South America produces the most coffee beans, but the north of Europe has the most devoted fans of the wonderful drink. Per capita coffee consumption in the world is growing every year. At the same time, for several decades, no country that produces the fragrant product has been in the top 10.

The ranking presents coffee consumption by country with the highest per capita consumption. Therefore, the United States, which imports over 45 million bags of grain (2.7 million tons), is only at the bottom of the second ten. 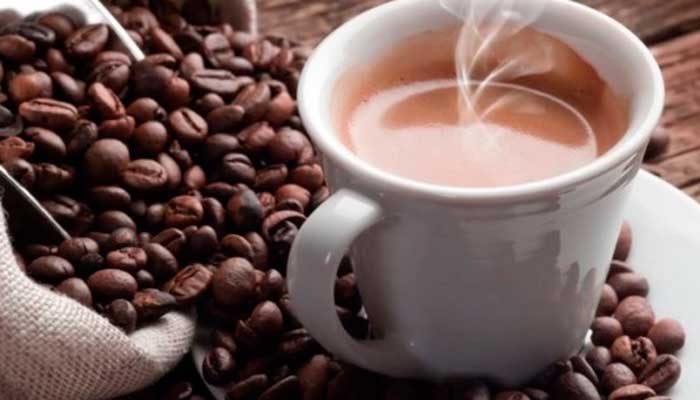 The article presents statistics from the International Coffee Organization (ICO). The number of kilograms per capita in the country is indicated. The real consumption by coffee drinkers is higher, because the entire population of the country was taken into account.

The country Finland ranks first in coffee consumption, importing coffee beans mainly from Colombia and Brazil. Local inhabitants explain their love to tonic drink by peculiarities of natural conditions: in the country of short daylight hours, cold and winds it is pleasant to exhilarate with a cup of hot kahvi. 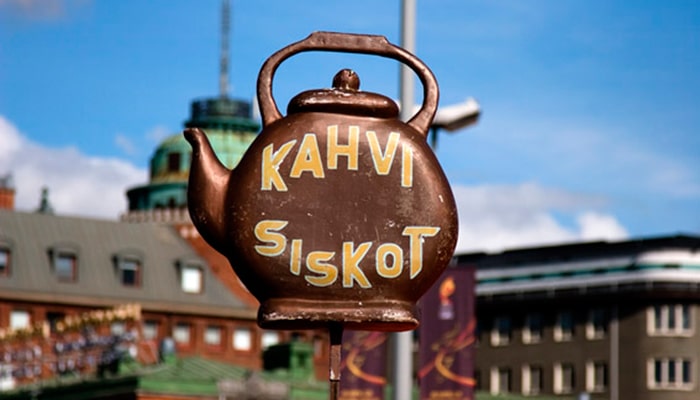 Finns got to know coffee in XVIII century. Only at the end of the 19th century did the product become available to all, when Gustav Paulig organized delivery and built the first roasting plant.

Locals drink coffee not only in the morning, but throughout the day. There is no excess of caffeine in the body, because the strength is small. Finns prefer mild roasting (1 or 2 levels), so the taste is mild. Kahvi in Finnish resembles an Americano, and no additives are recognized. Sometimes an exception is made for a little milk and sugar. Espresso, cappuccino, latte and other recipes are not popular.

A coffee grinder is a must in every kitchen, as people here like the natural, not instant product. Juhla Mokka and Presidentti varieties are widespread.

No meeting of friends or business associates can do without a cup of aromatic kahvi: coffee drinking is part of the long tradition here. Even work contracts stipulate coffee breaks.


It is also possible to try Finnish products in the CIS countries: many are familiar with the oldest national brand Paulig.

Norway imports more than 40 thousand tons of raw materials. It is the favorite drink of 90% of the adult population, which they cook 4-5 times a day. Like the Finns, the Norwegians brew a mild coffee from light roasted beans.

The high culture of consumption of this delicious drink has made the barista profession very popular. It is the Norwegian masters most often win international festivals and competitions.

The love of people in Iceland for the foreign product is proven by the fact that they have a holiday dedicated to this drink – “Solarkaffi” (“Sunny Coffee”). It is celebrated on January 27, when the first sunrays appear after a long winter. The Russian equivalent of Shrovetide does not do without strong, warming coffee.


Here they prefer to complement the coffee aroma and taste with spices: cloves, cinnamon, allspice. They are added to the brew during the brewing process. Traditionally no sugar is added to the cup, but a piece of raffin is kept in the mouth, gradually dissolving it. This also explains the habit of silence during coffee drinking.

The Danes never part with their coffee: it is often brewed in a thermos and taken with them to work or for a walk. They usually accompany it with sandwiches or cookies. The cup is often topped with cream (kaffe med Floede) or spices (a recipe called “Copenhagen”).

The traditional coffee break in Denmark is at 3 pm.

It was Holland that contributed to the introduction of the drink of African origin to the whole of Europe. Thanks to extensive plantations in India and Java, consumption levels rose quickly and the product became available to all segments of the population. Peter I, who tasted Dutch coffee, became addicted to it and introduced the curiosity to his court.

The attitude of the Scandinavian people to coffee is expressed in the proverb: “Without coffee there is no comfort.

In the land of tulips coffee is mostly strong and black – espresso, but in recent years gaining popularity and latte, which is called “wrong coffee” (“koffie verkeerd”).

Swedish firms buy up to 90,000 tons of beans mainly in Brazil and Colombia.

Nothing but sugar and milk are added to the cup, but the accompaniment is varied: cookies, sandwiches, muffins, rolls. Such a break for coffee with baked goods is called “fika”. There can be several such snacks during the day.

Of the countries of Central Europe, Switzerland is the country where coffee is most consumed. There are firms that have also proved themselves in the domestic market: Nescafe, Egoiste, Ambassador. The locally produced product stands out for its balanced taste and rich aroma. The Swiss themselves appreciate the skill of making a complex drink and represent their country in barista competitions with dignity.

Antwerp, a port city, is considered the coffee capital of Belgium – consumption here is higher than in other cities. There are coffee shops on every corner and you can order espresso, latte, cappuccino and other options.

One thing is unchanged: coffee is usually served with desserts, of which the famous Belgian waffles and chocolates are a favorite. 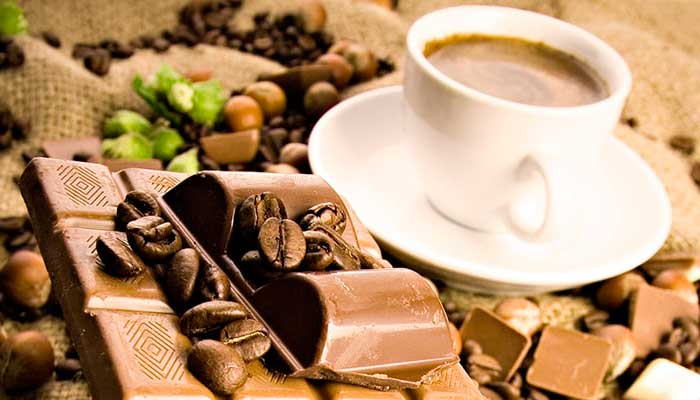 A small country by area with a population of only 600,000 people has a high level of coffee consumption. The tradition of coffee drinking is borrowed from neighboring Belgium and France.

The only non-European country with high level of consumption. Most of the adults in Canada start their mornings with a refreshing aroma. And it is usually a cup bought “to go” in a coffee shop on the way to work. Often the first drink is taken on the go.

In Canada, most people drink coffee with cream. Double-double is a drink made with a double dose of sugar and milk. Maple syrup and whiskey are also used as additives.