Coffee trees have a limited range of growth. They bear fruit only near the equator – no farther than the tenth south and tenth north parallels. Coffee growing areas form what is known as the coffee belt. The air temperature here does not fall to the fatal mark of 0 °C. Humidity, rainfall, soil composition and altitude are also important.

Countries with favorable growing conditions for Arabica and Robusta produce them for domestic consumption and for export.

The coffee tree is native to Africa, in what is now Ethiopia. Legend has it that it was Caldim, a shepherd, who first noticed the fruit’s beneficial effects on goats in the 9th century. After he tasted the berries, he felt incredibly invigorated. On Caldim’s advice, monks began to use them to stay awake during nighttime prayers.

Outside the African continent, particularly in South American countries, coffee has been cultivated since the eighteenth century. It turned out that the climate and nature of many nations suited this capricious plant. 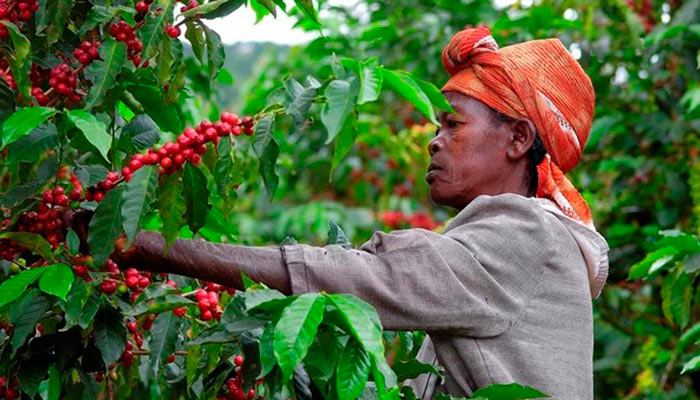 Regions in which coffee trees grow

Most of Africa, with the exception of the very north and south, is suitable for the trees. Ethiopia, Cote d’Ivoire, Uganda, Kenya, and Tanzania are famous for their product.


South and Southeast Asia grows grains primarily for domestic consumption, with the exception of a few nations. The region is famous for high quality Robusta.

The economies of Central America and much of South America have developed largely because of the sought-after commodity. Major export leaders are concentrated here.

Special varieties have been developed for growing heat-loving trees in Australia, but it is too early to speak about mass production of the Australian product.

Leading countries in production and export of coffee

The coffee belt includes more than 80 states, but not all of them produce this valuable product on a large scale. About 30 countries grow grains solely for domestic consumption. Nevertheless, the export volume of the remaining 50 countries is so great that it ranks second after oil in terms of money turnover. 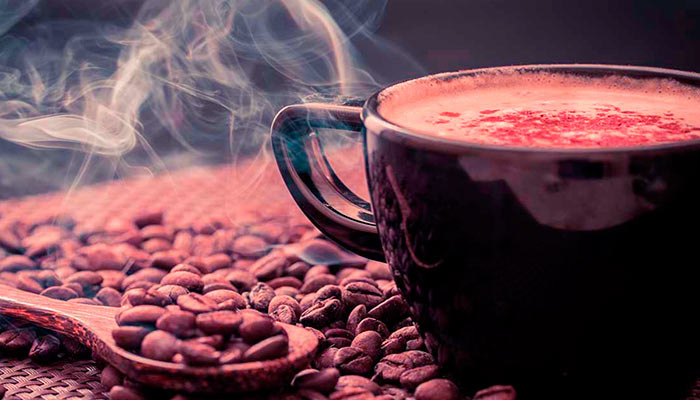 The top 10 for the production and export of coffee are the same. Despite the demand for the product by the local population, it is an important commodity for the economies of most nations.


The top leading countries for coffee production and exports include nations from Central and South America, Asia, and Africa.

The country of South America produces the most coffee, where the first coffee bush was imported illegally in 1727. Already in the XIX century Brazil, where slave labor was used, took the leading position in the production of beans. From the 1920s to the 1950s, Brazil accounted for 80% of the raw material exports, and was known as the second birthplace of coffee.

For the last 30 years the share of Brazilian product on the world market is 33%. Every year about 54 mln bags of beans are exported from the country. The standard weight of a sack by producers all over the world is 60 kg.

The largest coffee exporting country in the world has more than 30,000 km² of plantations, with more than 6 billion trees. They owe their origin to a single tree. 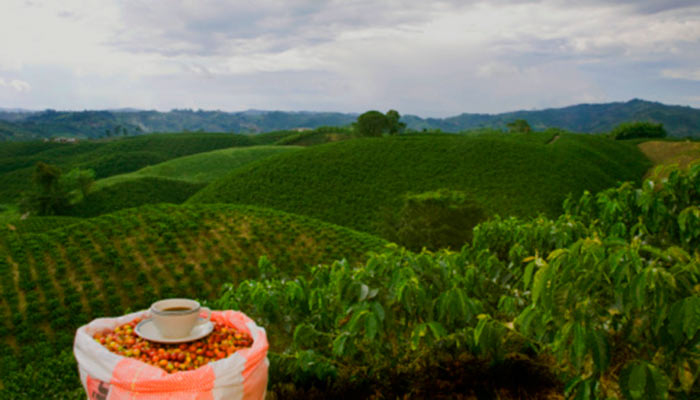 Most arabica is grown in the states of Espírito Santo, Bahia, Rondônia, Paraná, São Paulo and Minas Gerais. The natural conditions in the regions are different, so there are several flavors of the Brazilian beverage.

The area of this Asian country is 20 times less than Brazil, but it harvests more than 20 million bags of good quality inexpensive Robusta a year. The Vietnamese mostly consume their own grains, but they also export a lot of them: the share of Vietnam on the world market is about 16%.

12% of the world’s coffee is grown in the so-called Coffee Triangle, the central region of Colombia where most of the plantations are concentrated. Coffee plantations cover about 20% of the country. Not surprisingly, for Colombians, coffee is part of the national idea and an important export commodity. Much of the raw material is produced by small farms using manual labor. 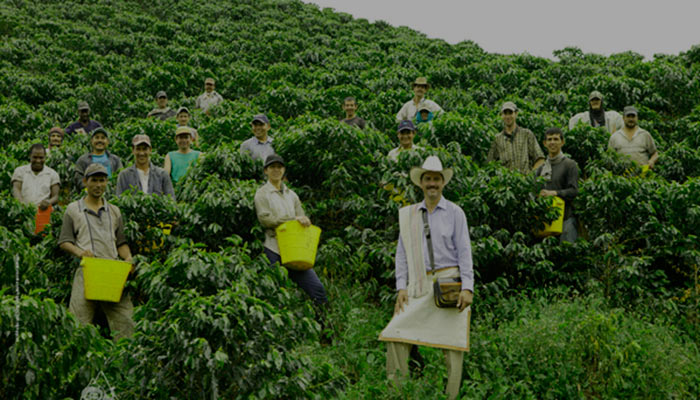 Colombia takes pride in its product and puts quality over quantity. The local beverage stands out for its pleasant subtle aroma and mild flavor.

Grain from Colombia is always washed. This method of processing gives it a rich bouquet.

Today the island nation is 7% of the world’s exports of Robusta. In XIX century Arabica was grown here in enormous quantities, and thanks to Indonesia coffee became a delicacy not only for the richest people, but also quite a democratic beverage. Due to an epidemic of fungus that affects coffee trees in the XX century local farmers switched to Robusta, which is more resistant to disease.

Indonesia produces the famous Kopi Luwak coffee, in the creation of which the local animals – musangs (wyverns) – are directly involved.

The African country of Ethiopia is one of the leaders in coffee harvesting. The home country produces 3% of the world’s turnover of the beverage (about 3.8 million bags are exported). And the same amount is consumed by the local population. For the inhabitants of Ethiopia, the invigorating drink is an integral part of their daily life and culture. Not a single meeting is without it. 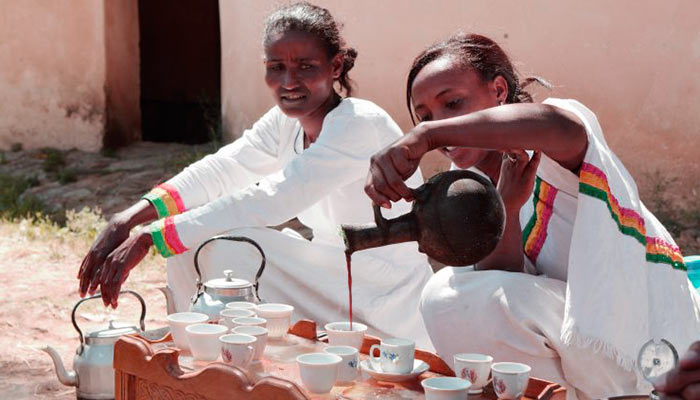 Most of the raw material is grown by small farmers who have no money for special equipment and fertilizers. Usually the Ethiopian product is positioned as organic.

Coffee comes from Ethiopia, so it is here that the plant varieties found in the wild are genetically different from the Arabica and Robusta cultivated in other countries.

A small country in terms of area, 4.5% of world coffee exports belong to Honduras. This product is as important to the economy as bananas. The government provides comprehensive support to farmers.

india exports 80% of its grain. The product is often flavored with cinnamon, cardamom and other spices because it is grown in mixed plantations.

The African country produces mostly green grain. Local farmers use organic farming techniques, so their products are in high demand.

Mexico’s share of the global market is about 3%. High quality products are grown for export mainly to the U.S. and Europe. The best berries are destined for domestic consumption.

Guatemala completes the top 10 states of Central America with a share of 2.5% of world exports. For local producers, quality is more important than quantity: they do not grow low-grade goods here.

Where does the best coffee come from?

The taste of the beverage depends not only on where it is grown, but also on a number of conditions:

There is no point in arguing about the tastiest coffee, because everyone has his own preferences. Professionals in tastings give the highest scores (over 95 out of 100) to samples from Panama, Ethiopia and Kenya. According to baristas around the world, Geisha from Panama, a Central American country, is considered the best coffee.