The history of coffee is closely linked to the Arabian Peninsula, where it was first learned to be prepared in the way we know it today. Many centuries ago, Bedouins experimented with the ritual drink, combining it with milk and spices. Their descendants to this day traditionally drink coffee with ginger, considering this combination ideal for health.

Tradition and exotic in one cup

Ginger is a beautiful tropical plant whose healing properties are hidden in the root. Grinded dried spice is often used in modern recipes. It looks like a powder of a pleasant champagne color. Ground ginger has a more pungent taste and a less intense flavor.

The benefits of whole ginger root are believed to be much greater. In ancient times, it was even attributed magical powers. And the taste of fresh spice is much more refined. Just under the thin skin is a natural source of health and longevity. 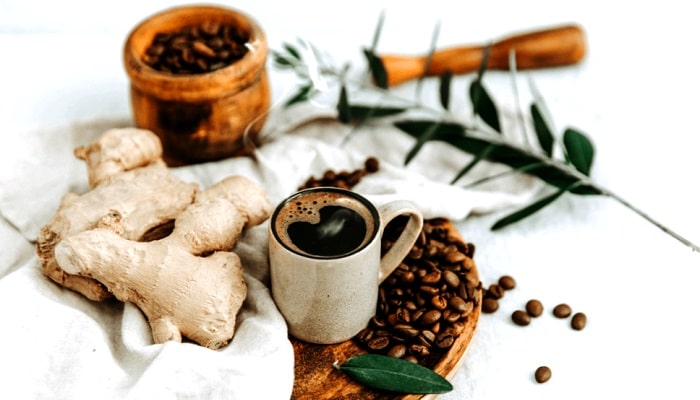 Modern coffee houses add ginger to coffee according to the old Bedouin method or improve it. Each reputable barista has his or her own secret to the magic drink.

The secret of ginger’s benefits is its powerful cocktail of amino acids and B vitamins. If it’s not a cure, it’s a good stimulant of the body’s natural functions – for sure.

Benefits of the healing duo

In medieval Europe, merchants traded the miraculous roots at triple-dollar prices, as the spice was considered a cure for the plague. More relevant and proven health benefits: 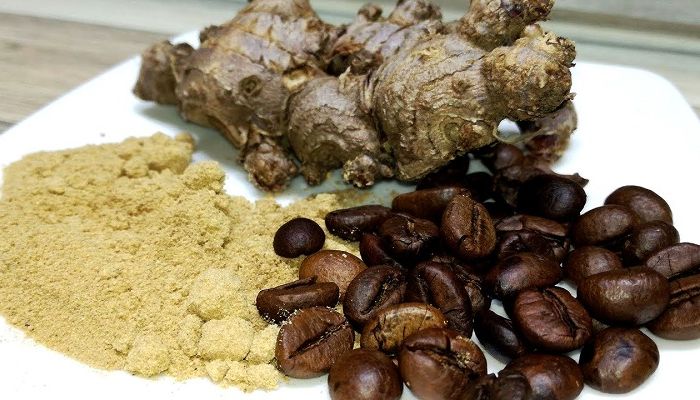 Ginger, besides other benefits, acts as a strong aphrodisiac and stimulant of the urogenital system. The smell of this spice combined with lemon evokes a positive mood even in the most melancholy moments.


Who can be harmed by the drink

Contraindications to the use of ginger include cardiovascular disease, hypertension and chronic gastrointestinal diseases. Despite the fact that the spice helps with nausea, pregnant women are not recommended to use it for toxicosis.

It is not customary to give ginger cocktails to children. Of course, a couple of sips of spicy coffee will not be critical for anyone. You just need to watch the reaction of the body. The only strict taboo is an individual intolerance to the spice.

The Arabs add crushed spice literally on the tip of a knife, this is quite enough for taste and benefit. From the whole root cut a slice not more than 2 cm in length per serving. One or two cups of drink per day is optimal for good health.

To prepare a healing ginger coffee, it is not necessary to know the recipe. You can take your favorite technique as a basis and experiment, reaching the perfect proportion. Don’t be afraid to play with flavors by adding other spices and herbs. And for those who are not yet ready to try on the role of a barista, we offer the best proven recipes.

To properly prepare coffee with ginger in a carafe, you need to know the main secret: the spice is added before the water is poured. And, yes, in the process of brewing in any case do not stir the liquid! Then the spice will fully reveal the flavor and give the drink all the benefits.

So, for one drink, pour a teaspoon of ground coffee in a turkey. On top add grated ginger or slice up to 2 cm long, pour 200 ml of water. On low heat, the liquid is brought to a beautiful foam. For flavor you can add sugar, honey, or natural syrup.

This recipe is truly as exotic as anything associated with India. One cup will require: 10-12 coffee beans, 3-4 peppercorns of allspice, 3 fresh basil leaves, a pinch of ground coriander, a piece of ginger (1-2 cm) and 200 ml of cold water.

Coffee beans are ground together with peppercorns. The mixture is poured into a pot, then grated ginger and water are added. Before boiling, pour the rest of the ingredients and wait for the foam.

The liquid is left to stand for a couple of minutes and then heated to the same temperature. Before drinking, it is better to strain the drink. The sweet aroma and tangy taste of Indian spiced coffee will stay in memory forever. 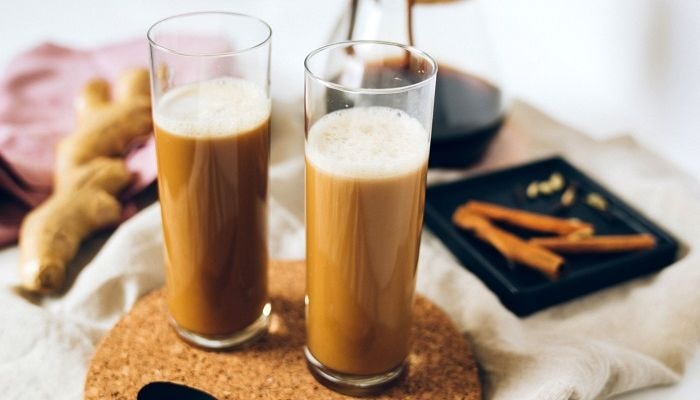 A spoonful of honey is added to the infused coffee. If you like the classic recipe, the second time you can experiment. Before brewing along with the spices, place half a teaspoon of grated lemon or orange zest in the bottom of the turkey. Citrus combined with cinnamon and ginger creates a unique flavor note.

It is well known that instant coffee granules do more harm than good. But the valuable properties of ginger will not spoil even a quick brewing method. Plus – the spice will play an important role as an antioxidant. A teaspoon of grated root should be poured over boiling water and infused for 2-3 minutes. With this infusion and pour instant coffee in a cup. While stirring, you can add lemon juice, ground pepper and honey.

Ginger, in addition to its health benefits, has the ability to shade the taste of coffee, giving it a special flavor. Try different compositions so that every morning you can have a new taste and joy.