How coffee affects the human body

The worldwide love of coffee has a lot of good reasons. The drink has a great, unlike anything else taste and aroma. And the “black gold” does interesting “tricks” with us: it invigorates, gives strength and tones us. What is the secret of this effect of coffee on the human body, how long the effect lasts, and about other nuances of coffee addiction – further in the review.

The invigorating ingredient and its effects

Well-known tone of the body, the high spirits of drinking a cup of coffee – all this causes caffeine. By the way, there is much less of it in an instant drink. This alkaloid is also present in a number of other products: cocoa, tea, and cola.

The body’s sleep and wakefulness are controlled by special receptors in the brain. A substance called adenosine makes people sleepy. But coffee, whose molecular structure is similar to adenosine, replaces this substance, keeping it away from those receptors. The result is that the desire to sleep disappears. This effect of coffee lasts for about 5 hours. Therefore it is better to drink the drink no later than 6 hours before going to bed. 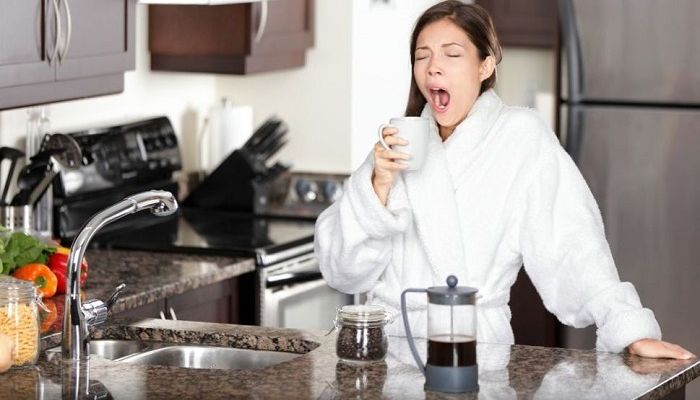 People’s reactions to the invigorating drink are individual, but they can be summarized in this list:

Interesting fact: in a rare category of people the mechanism of action of coffee is completely opposite. They feel a loss of strength, drowsiness. The reason for this is genetic peculiarities. Simply instead of receptors of sleep caffeine blocks others – “sensors” of vivacity.

Caffeine is usually eliminated from the body in 3 hours maximum. But the half-life lasts an average of 5 hours. During this time, the sleep receptors are still blocked. The peak of the drink’s action usually falls in the first 15-45 minutes after taking it.

Most people feel a strong tone during this period. But for some people, coffee begins to act after an hour, not earlier. Sometimes during the active influence of caffeine a person experiences nervousness, bursts of energy, the need to urinate. But these manifestations usually go away with the destruction of the alkaloid. The exception – cases of sensitivity to caffeine.

Warning It is impossible to prolong the effect of coffee. The first couple of cups will block the sleep receptors for several hours. Additional portion will not be able to affect them, but on the heart – very much!

Effects on the nervous system and the brain

Doctors note the positive effects of coffee on the nervous system and the brain. The caffeine very quickly ‘stirs up’ the brain cells, making them work actively. Nerve impulses are accelerated, and as a result one learns and processes information much better. Due to the tone of the nervous system the concentration of attention increases, and the memory improves. A cup of strong coffee just before the exam will be very helpful. 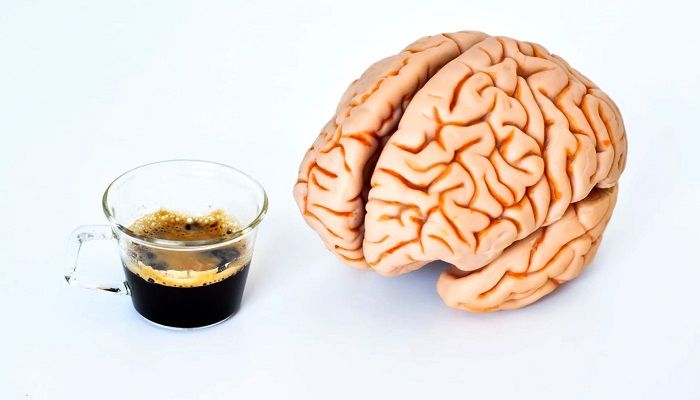 As already mentioned, the tonic effect is short-lived. After a while, the effect of coffee on the brain and nervous system becomes the opposite. The same thing happens when caffeine is drunk frequently in high doses. The body becomes dependent on external stimulation. Until the next dose arrives, the person feels exhausted, lethargic, sleepy.

Addiction can also manifest itself through other symptoms:

Excessive love of coffee is an unbearable burden on the nervous system, i.e. constant nervous tension. Failure to comply with acceptable norms can lead to disruption of sleep patterns, mental and neurological problems.

Coffee in a “yin-yang” perspective

The fair sex in the duo with an invigorating drink is much luckier than the stronger half. If you adhere to the allowable norms (up to 3 cups per day), then coffee acts on the body of women exceptionally beneficial. These wonderful beans are able to relieve ladies from migraines caused by the weather and pressure spikes. Even more interesting are the recent researches of scientists. It turns out that women who drink coffee regularly are 20% less likely to get cancer of the appendages!

Again, it all depends on the amount. Abuse of caffeine destroys the already weak nervous system of women. We should not forget about the negative effect on the color and condition of the skin.

Scientists radically differ in their opinions about male friendship with coffee. American scientists argue that the drink gradually leads to a decrease in potency and libido. They explain it by the accumulation of estrogen, the female hormone.

The Brazilian doctors made the opposite conclusion: caffeine has a positive effect on male libido. They also believe that this alkaloid stimulates the activity of sperm cells. This means that a cup of coffee is an excellent aid to conception.

It is difficult to determine which of the physicians is right. Clearly, the Americans had in mind frequent drinking and large volumes. We recommend limiting ourselves to a couple of three cups of aromatic coffee a day and bravely trust the Brazilian theory. After all, it sounds so positive!