How to spell the word cappuccino correctly

For years, people made mistakes when using the word “coffee. As a result of the spelling reform in 2002, everyone was right: those who preferred black coffee and those who drank delicious coffee. However the variety of coffee drinks is so great that linguistic disputes and doubts arise again. In particular, visitors to coffee shops are sometimes unsure how to correctly spell the word “cappuccino” in Russian and use it in speech.

When knowledge of the etymology of a word fails

The drink, the name of which causes difficulties, comes from Italy. The word “cappuccino” appeared in Italian in the XX century, it means coffee with whipped milk and is related to the word “hood”, because cappuccino is coffee with a cap (hood) of foam.

In 1901, Italian Luigi Bezzera invented a mechanism for making espresso and a device for whipping milk with hot steam. The coffee drink, topped with airy milk foam, was called “cappuccino”. In this form the word spread around the world.


In Italian, as in English, the correct spelling with double “pp” and “cc” is “cappuccino. The new borrowed word did not “take root” in the Russian language environment immediately. In dictionaries of different years one can find all kinds of spellings: cappuccino, cappuccino, cappuccino (found in literature for baristas) and cappuccino. 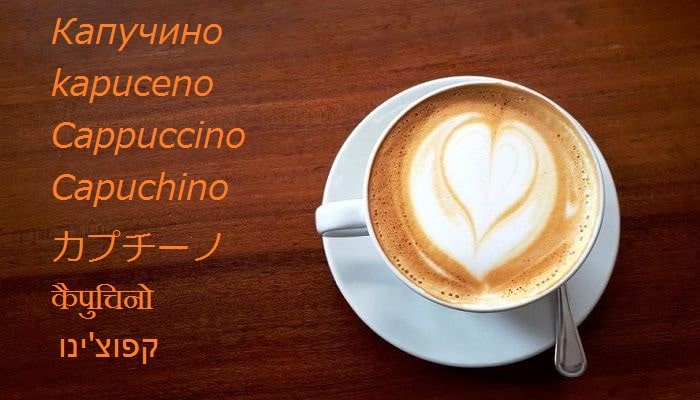 In literary language, it is correct to use “cappuccino” without doubled consonants. This norm is recorded in the “Russian Spelling Dictionary” of the Russian Academy of Sciences, edited by V. V. Lopatin, version 2005. Nowadays the norm has settled, and there is no doubt whether to write “cappuccino” or “cappuccino”. The only correct spelling in modern literary Russian is “cappuccino.


What gender does it belong to?

If with the spelling of the word everything is unambiguous, the gender of the noun “cappuccino” – masculine or neuter – is determined differently. This is due to the grammatical features of the word. It is an indeclinable noun, that is, it does not change in number and case. Let us explain this with specific examples. Order cappuccino – order three cappuccinos (compare: order bun – order three buns); cool (what? – nominative case) cappuccino, burn (what? – instrumental case) cappuccino.

To understand the generic affiliation of this word, we need to remember the two rules of Russian morphology: 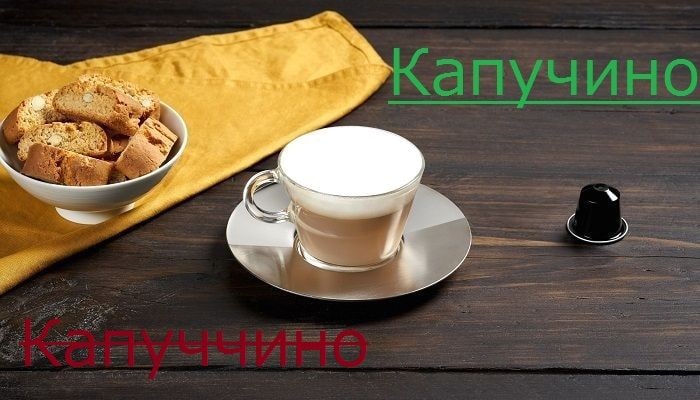 Thus, one rule contradicts the other. We are left to rely not on the rule, but on the norm, recorded in an authoritative source – the orthographic dictionary. “The Russian Spelling Dictionary of the Russian Academy of Sciences in 1999 defined cappuccino as a neuter word, but in 2005 both variants became permissible. There are no losers in the dispute over whether to spell tasty or tasty cappuccino.


Examples of word usage in speech

Learning to write and use the name of your favorite drink correctly in speech will help you learn to use it in example sentences.

Write it as a masculine noun: “This café makes the tastiest cappuccino in town. And also as a neuter noun: “vanilla cappuccino can improve your mood.

In Russian, as in any other language, there are changes all the time. The history of the spelling of the Italian word is happening before our eyes. It is not known how it will be spelled correctly in 10-20 years, which variant of the generic will be the main one.