Journey to the Home of Cocoa

This nutritious and delicious beverage has become a familiar attribute of a good morning in many parts of the world. Holding a hot cup in our hands, we do not think about how and from what cacao powder is made, where it came from. And yet, this useful product has a very long and interesting history. A little mental journey to the home of cacao along its “life path” will help us take a fresh look at the familiar beverage.

The birthplace and history of cocoa

According to official sources, cacao is native to the subequatorial regions of South America. The hot countries provide the plant with a favorable climate, and the chocolate tree has been growing there since ancient times. The Indians called it “cacahuatl,” and the fruit was considered sacred. 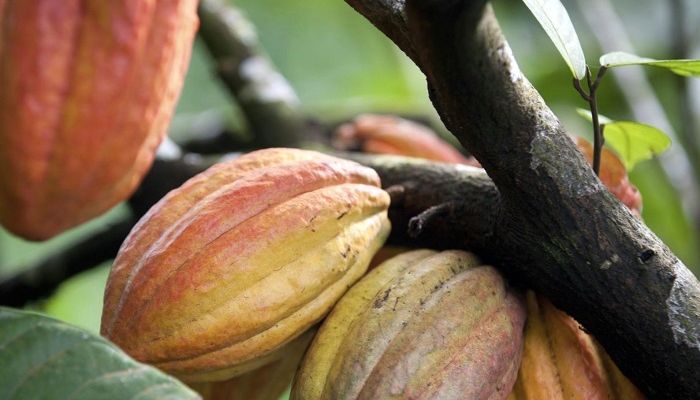 If you believe the notes of travelers, some of the natives used the beans as currency. The roasted seeds were used to make a bitter drink, which was served only to the elite of the tribe. Not for nothing the scientific name (Theobroma) translates as “food of the gods”. The first cultivated plantations appeared in Peru.

Europeans became seriously interested in the “sacred” beans in the 17th century, when the chocolate tree was brought to Spain for the purpose of cultivation. The Spanish were reluctant to release the tree outside the country, but it did make its way to Europe. True, the bitter liquid “chocolatl” did not immediately conquer the Old World. Only when they learned how to make desserts and sweet drinks from the bean. The production of chocolate bars began only in 1828.

In the seventeenth and nineteenth centuries, chocolate plantations spread widely throughout the European colonies. In order to keep up with demand, slave labor was involved. At first the tree was only grown in Ecuador and Venezuela. Then Brazil, El Salvador, and Belém were involved. Today Africa is the main supplier of the product. The continent provides about 70 percent of the world’s cocoa, and almost half is grown in Côte d’Ivoire.

This evergreen tree in the mallow family is quite tall. It is usually no taller than 8 to 9 meters, but in some regions it can grow to up to 15 meters. The average diameter of the trunk is 20-30cm. The chocolate tree lives at least a hundred years and bears fruit several times a year.

These slender giants have wide, branchy crowns with large, glossy leaves. The oval cacao leaf can have a size of 15x30cm. The tree looks very peculiar during the flowering period. White flowers with pink and red flecks are placed in bunches right on the bark of thick branches and trunk.

The flower has an unpleasant odor, but it attracts a host of pollinating insects. The first flowering is seen in the second year of the chocolate tree, and fruit does not appear until the fourth year. 20-35 years is the most productive age of the plant. And after that, the cocoa bean tree grows and bears fruit, but less actively.

The fruits of the chocolate tree have an oval, melon-like shape, weigh an average of half a kilogram and grow up to 30 cm in length. Their color can be orange or reddish. The knobby surface is covered with deep longitudinal grooves.

Inside hide seed rows and pinkish flesh. By the way, the flesh is quite pleasant to taste. But the most valuable thing is the oval red and brown seeds. These are the cocoa beans, and they grow as seeds inside the giant fruit.

Up to two hundred fruits are removed from the tree in one harvest. This is done by hand. The ripe fruits that are available are cut with a knife. The rest have to be knocked down with a long stick. The method of processing has not changed much since the time of the conquistadors.

To extract the seeds, the cacao beans are crushed and opened by hand. Then the raw beans are spread out on a layer of banana leaves and covered in the same way. In this position, the seeds remain for about a week. A fermentation takes place, which gives the cocoa its original flavor and aroma. 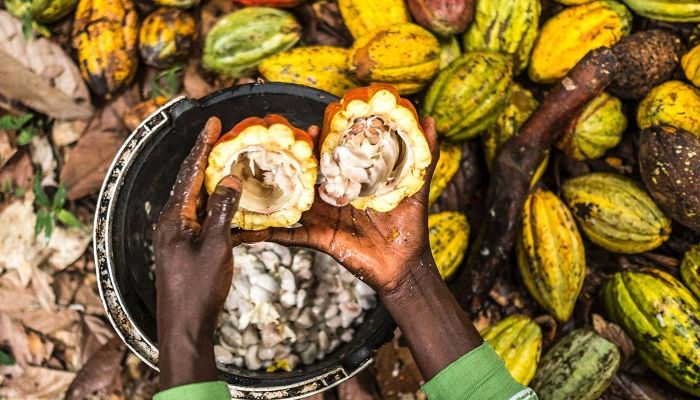 The next stage is drying. The seeds are dried in the open sun for a week to 10 days. The beans are turned over every day to dry evenly. On modern farms, special ovens do this job. As the seeds lose their moisture, they become almost twice as light. The cocoa beans now look much more appetizing. The raw material is placed in bags and ready to be processed.

At the factory, the beans are roasted and milled. Part of the product goes to press the butter, which is used to make chocolate. The remaining mass (cake) is carefully crushed in a crushing machine. The best cocoa powder is the one that has undergone alkaline treatment.

The crushed beans are placed in a mixer along with an alkaline-water solution. The heat treatment then helps the lye vapor kill any harmful microbes. Germany has developed high-tech equipment for complex processing. One machine does the drying, roasting, grinding and alkaline treatment.

Cocoa powder with their own hands

Fans of natural, environmentally friendly products make cocoa powder at home. The technology is not complicated, and the taste is much richer than the packaged product. Cocoa beans should be thoroughly washed under running water. Place the dried grains in a frying pan and roast over medium heat, stirring constantly. The oven will do the same at 120-140 degrees. The main thing is not to overcook the cocoa.

Remove the fruit as soon as the skin begins to crack. After cooling, you need to remove the husks and grind the cocoa in a coffee grinder. By the way, many Southern women have a special device for this – a melanger. The granite millstones grind all kinds of hard grains and cereals into a fine powder. A coffee grinder is not capable of such grinding. 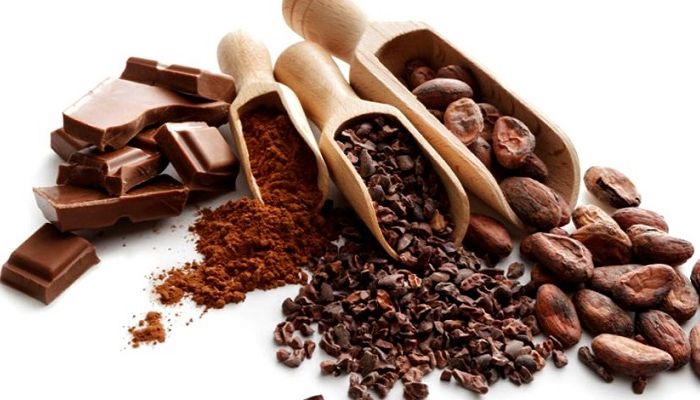 When the powder is ready, you can proceed to the preparation of your favorite drink. Adding milk and a pinch of cinnamon will make it tastier and softer. The rest of the grind should be kept in a metal airtight container. Then the product will not dry out and lose flavor. If you manage to get cocoa butter, you can make real homemade chocolate next time.

Isn’t that an excuse to brew a cup of fragrant cocoa in the morning instead of automatically pushing the button on the coffee machine?