Luwak: coffee made from the litter of wild animals

The cost of quality natural beans is known to all fans of the fragrant beverage. However, many are surprised to learn the price of the most expensive, until recently, coffee from the excrement of small musangs. The aristocratic variety appeared on the world market thanks to the brisk animals and the poverty of the local population – at least, so the legend says.

In the 17th century, the production and sale of beans was quite different from today’s situation. Coffee was grown on a large scale in Yemen, Ethiopia and Indonesia, which was under Dutch rule. In the first half of the 19th century colonizers imposed a strict ban on harvesting the fruit for personal consumption. Some sources speak of unbearable taxes expressed in grain equivalent.

The story of the expensive poop Luwak coffee comes down to one thing – after a while, workers noticed undigested grains in the feces of a palm marten. Hunger is a bitch, and the poor people began to collect the dung, wash the coffee, dry it, roast it, and brew the invigorating beverage. 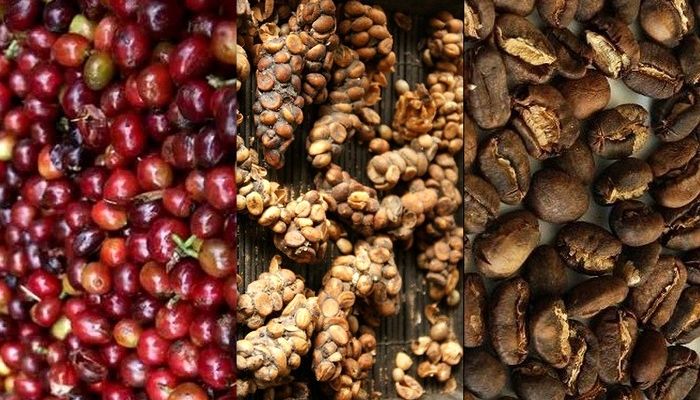 The enterprising pickers did not immediately share the unusual experience – the market saw the original Luwak after World War II. The coffee industry was experiencing hard times due to low yields but many gourmets fell in love with the drink’s unusual taste. The variety was named after the “natural producers” of the processed berries.


The small animal is known as the musang, lovage, wyvern or civet. It lives in tropical forests near plantations, is omnivorous, and goes out at night to hunt. It feeds on small insects, rodents, fruits, and coffee berries. In the wild, Musangs eat only ripe fruits, digesting the pulp and the finest skins; the hard grains come out in their natural state.

Coffee berries are usually harvested by hand or mechanized by humans, after which the fruits are washed, dried under the sun, cleaned of pulp and shell. The whole process takes a considerable amount of time, and musangs handle the processing in an average of twenty-four hours.

The stomach of the beast that eats the coffee beans is where the berries ferment. Workers are left to wash, dry and roast the resulting product. The civet is able to eat up to 500 g of fruit per day, but retains a much smaller amount in its marketable form.

In the wild, the animals select only the best berries, but in cages they are forced to eat what farmers give them. Running after wild animals in search of excrement is a dubious pleasure, and the process itself is not highly productive. For this reason, today’s expensive Luwak coffee is produced by caged animals. 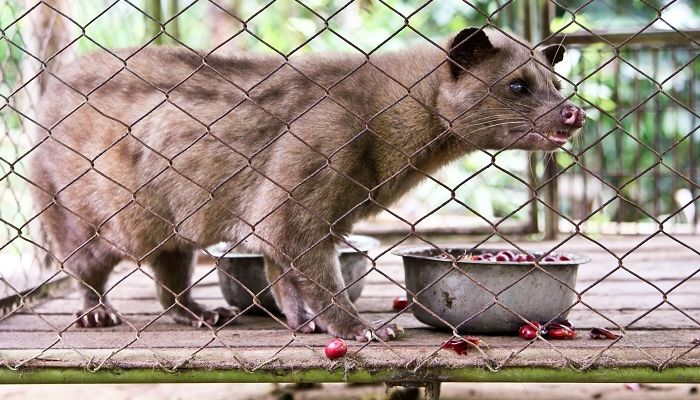 Musangs are incapable of breeding in captivity, which makes the farm’s lineup constantly renewed. In a year you can get no more than 270 kg of coffee fermented by the animals. The low figures are due to seasonality and the limited number of musangs involved in the production process.

Taste characteristics of the expensive beverage

Under the influence of the civet’s stomach juice, the grains are deprived of certain components. Acids and some of the protein compounds which give ordinary coffee its characteristic bitterness are neutralized. After a proper washing and roasting the beans are free from offensive odors and aftertaste.


True connoisseurs of the exotic beverage note the honey and caramel tones in the brewed portion, as well as light chocolate notes.

The taste is balanced by a reduction of acidity and bitterness thanks to the involvement of another unique substance, cibetin, in the processing of berries. Musk is produced by the glands of only these small animals, which is the originality of production. Real coffee processed by animals can also have a pleasant creamy taste with subtle vanilla notes.

The classical way of brewing

The people of Sumatra brew the beverage according to a traditional recipe:

This is interesting: How do you brew coffee in Vietnam?

Producers of Luwak coffee believe that the taste of the drink is revealed as much as possible with a powder grinding.

The original and analogues of the product

It is almost impossible to find the real Kopi Luwak variety on the free market. By naturalness experts mean the participation of free animals in the process. The function of man is to travel through the jungle in search of animal excrement – the “wild” harvest is no more than 80 kg of grains per year.

Now one of the most expensive coffees in the world from the droppings is made in farm conditions, which reduces the value of the product. The closer the product is to the producing country, the lower the risk of buying a fake.

Modern entrepreneurs have taken the process of natural fermentation as a basis and brought new varieties of beverage to the market. For example, the Thais make coffee from elephant dung Black Ivory Coffee. 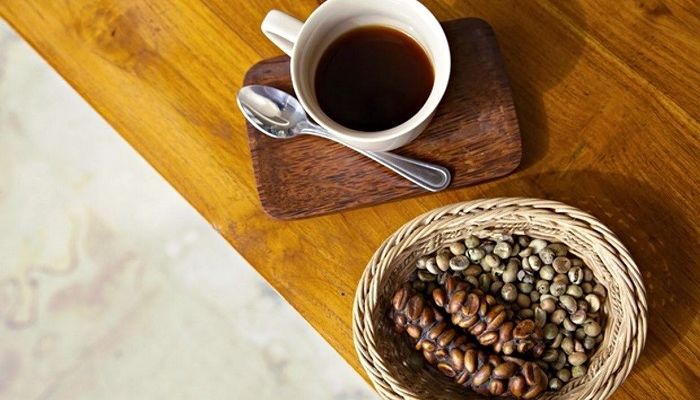 Kopi Chon is the name given to coffee made from animal feces from Vietnam. The palm marten is also found there, but in the local dialect it sounds “chon” instead of “Luwak”. The production scheme is not different from Kopi Luwak, but the Thai variety has a good advertising campaign, while the Vietnamese brand is not yet too popular.

The most expensive coffee today is Black Ivory – the cost reaches 1200 dollars for 1 kg of beans. The price of coffee Luwak in Vietnam is 180$ per kilo, “wild” coffee is much more expensive – the highest level is 4000$. It is recommended to buy the product directly from farmers, if you plan to vacation in countries with established production.

You can go to official dealers, but there is a risk of buying low-quality goods. The price of Luwak coffee in Moscow for 1 kg varies in the range of 25-30 thousand rubles, so the number of those wishing to distribute counterfeit every year is increasing.

The rise in popularity of one of the most expensive drinks takes place in the second half of the 20th century, when due to problems on the coffee market gourmets were happy with any kind of coffee. Then the demand for Luwak declined, the craze subsided and resumed after the release of the Hollywood movie “Till You Play the Box.”

The secret of Kopi Luwak’s popularity lies in the dexterity of marketers who have picked up the idea of natural eco-products. Thousands of kilograms of expensive coffee are supplied to the market every year – and these figures are at odds with the actual production figures.