The history of coffee – from Ethiopia around the world

Coffee is the most popular drink in the world. Perhaps that’s why it has been hotly debated in society and its history is shrouded in legends. At different times, coffee was banned and declared “the devil’s potion,” but that didn’t stop it from winning fans around the world.

Where and when did coffee first appear?

Legends say that the birthplace of the coffee tree is in Ethiopia, and the first mentions in scientific treatises date back to the 5th century. It is said that at that time there was a shepherd, Caldim, who discovered the beans. The goats he was tending liked the evergreen shrubs with reddish berries and began to eat them.

The shepherd noticed that after such a meal the goats became more active and livelier. So he decided to taste the berries himself. They were not tasty, but gave a tired Caldim strength and vigor. He told about it to the abbot of the monastery, who decided to give decoction from the plant to the monks, so they would not fall asleep during a long service. Gradually, the inhabitants of the surrounding area began to show interest in the invigorating elixir as well.


According to another legend, coffee was invented by an Ethiopian healer. After discovering a tree with fragrant bushes, he made a decoction from the seeds and leaves. After he drank some, the doctor felt a burst of energy and began experimenting. He added healing infusions to the decoction, and the resulting potions cured even seriously ill patients. The author kept the recipe of the miraculous elixir a secret until the end of his life and only before his death told his son about it.

According to another version, the coffee was found by Sheikh Omar when he was in exile and hiding in a cave. When he woke up in the morning he heard a beautiful bird singing and followed its voice. Seeing the fragrant tree, the sheikh could not resist. Once he tasted a decoction of the wonderful berries, he grew fond of the taste.

The story of the origin of coffee is also associated with the Archangel Gabriel. Legend has it that he used coffee decoction in Ethiopia to heal Muhammad, who was dying and all other remedies were useless. The unusual black elixir restored vitality and mental clarity to the patient.


The history of coffee cultivation began in the seventh century in what is now Yemen. At first the beans were simply boiled, ground and added to food. Tinctures were also made using water. In the 12th century, plantations appeared here. For almost 200 years this country was the main supplier of coffee to the Orient.

How did the drink become popular?

In the middle of the 15th century aromatic beans reached Turkey, from where coffee made its way to Russia. This was an important stage in the history of the drink. The citizens of Constantinople liked it so much, that a few years later the first coffee shop in the world opened there.

Gradually the technology of brewing changed. Earlier coffee beans were steeped in water, but the Turks thought of roasting and grinding them first. This improved the taste considerably and coffee began to gain popularity in the Orient. The Arabs used to say kahwa, which means “to drive away sleep. The Turks modified the name to “kahwe,” from which the word “coffee” was derived, which has caught on in European languages. 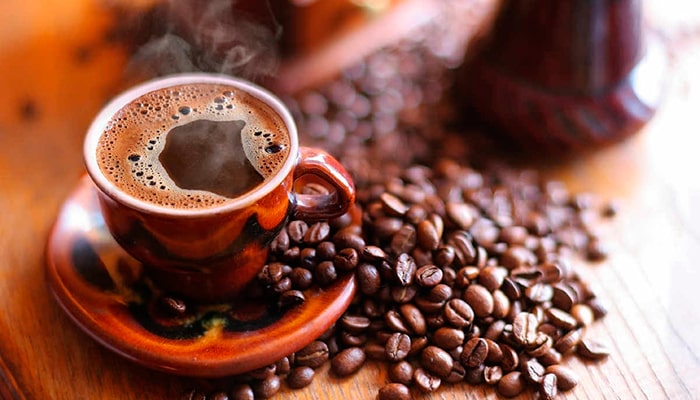 As the art of brewing evolved, the drink was not only consumed at home, but also brewed in public. This is how the history of coffee houses began. At first they were simple huts, but later they turned into chic and cozy establishments, which later began to open in Europe. Coffee houses contributed to the growing popularity of the invigorating drink, and people began to come to them to listen to music, watch artists and exchange information, among other things.


However, the history of coffee was not all that smooth. The coffee craze that swept Turkey in the 16th century worried the authorities. They believed that it unleashed tongues by provoking unwanted conversations about politics. Coffee was banned and bags of beans were thrown into the sea. But even this did not stop people from drinking their favourite drink.

How did coffee spread all over Europe?

It is thought that coffee first appeared in Europe in 1615, when the first cup of coffee was drunk there. The locals were introduced to it thanks to travelers who, upon their arrival from the Middle East, told them about the unusual black decoction and let them try it.

However, healers and the clergy for some time forbade the use of this “devil’s potion”, “the bitter invention of Satan”. Eventually Pope Clement VII had to intervene. He tasted the coffee. He liked the taste, so the head of the church allowed it to be consumed. 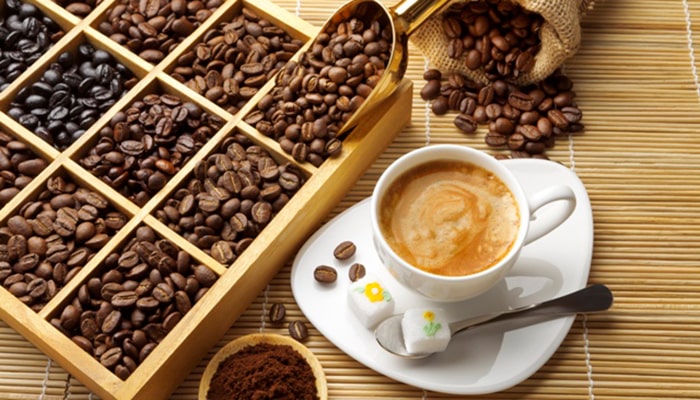 A new turn in the history of coffee in Europe came in the 17th century, when many coffee houses appeared in different cities of England, France, Germany, Austria and Holland, which became centers of social life. In England, the so-called “penny universities” appeared. This name came from the popular establishments where visitors chatted over a cup of aromatic drink for the price of 1 pence.

Over time, a tradition emerged of beginning the morning not with wine and beer, as was the custom in the past, but with coffee. Unlike alcohol, it was energizing and invigorating, giving one energy to work. In the middle of XVII century in London alone, there were already more than 300 coffee houses. Many of them had regular customers which included merchants, brokers and artists.

Who first brought coffee to Russia?

Russian coffee first appeared in 1665, when the court physician Samuel Collins prescribed it to Tsar Alexey Mikhailovich for his headache and a runny nose. But the drink was slow to catch on due to religious prejudice – it was believed to be stupefying to the mind.

Thanks to Peter I, who often visited Holland, coffee became widespread in Russia. He served it at his assemblies. Later, in 1740, Anna Ioannovna opened the first coffee house, and articles about the beans and recipes were printed in newspapers.

The history of coffee houses in Russia began after the Patriotic War of 1812. After their stay in France Russian officers could not give up the habit of drinking coffee. It was served in high society living rooms, later – in common pastry shops. Coffee houses appeared where only the secular public gathered. Then literary institutions opened in Moscow and St. Petersburg. 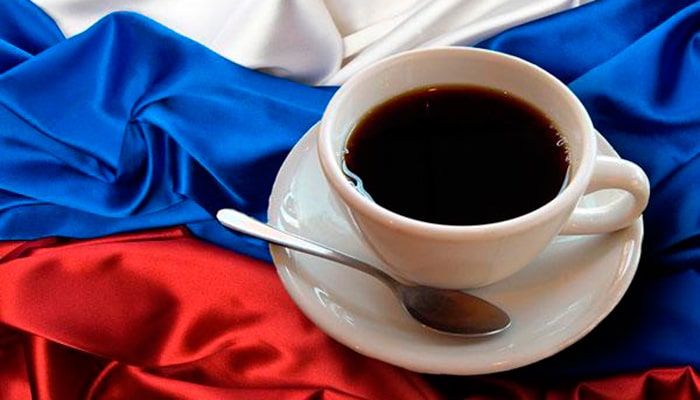 In the 19th century, everyone drank the invigorating drink several times a day. However, the history of coffee in Russia was not without clouds. At the beginning of the 20th century, the price of the beans rose so high that only rich people could afford it. After the October Revolution, coffee was practically forgotten. In the 1940s, interest in it appeared again, but in the USSR it was a scarce commodity.

Now coffee is extremely popular. Manufacturers produce many varieties, so everyone can find his or her own variety.